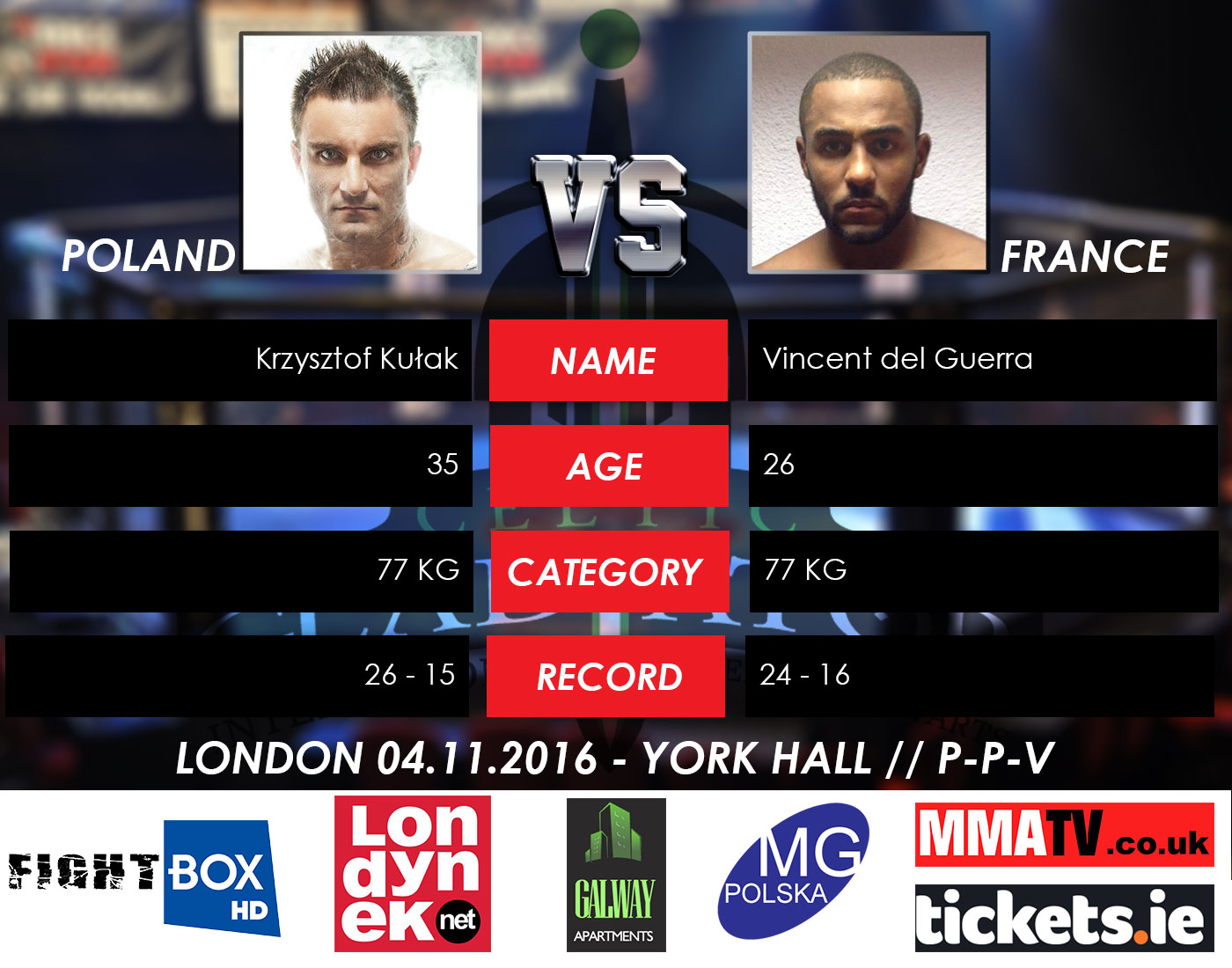 Another main card tussle has been confirmed for the Celtic Gladiator 10 fight card at London's famous York Hall on November 4th, and it's a battle between two exciting and experienced weltwerweights.

Poland's Krzyszstof 'Model' Kulak (26-15-2) has featured on Celtic Gladiator twice before, posting a 2-0 record, and he has also fought extensively on some of Europe's biggest shows, including KSW and Fight Festival.

He has shared the ring and cage with many of the world's top fighters, including Alexander Gustafsson, Igor Araujo and Alexey Oleinik. He has 19 finishes amongst his 26 victories, 14 coming by submission.

His opponent, Vincent del Guerra (24-16), is also no stranger to top level shows and opposition. He has taken on top names all around Europe, and is always ready to step up where others won't.

His kill-or-be-killed style has seen him finish 21 of his 24 victories, and he will be coming from France to prove himself against a proven elite European fighter.

The illustrious York Hall will showcase top European and domestic MMA action on Friday, November 4th, and tickets can be purchased here:  TICKETS